KoriSoron is an instrumental acoustic trio that combines rock and progressive influences with musical traditions from across the globe. Guitarists Scott Collins (featured performer on the God of War 2 video game and “Come Alive” from the Trials Evolution video game) Farzad Golpayegani (guitarist, violinist, composer, and renown artist) and percussionist Dean Mirabito bring international touring and recording experience to the New York Capital region based project.

The group’s name, “KoriSoron”, is a play on two music terms found in Persian music. Combining  “Sori” ( the term for a pitch that is a 1/4 step above a given pitch)

creates an unaltered note or an equilibrium.

KoriSoron‘s performances are noted for creating musical equilibriums: between near Eastern and Western music, between improvised and composed music and between passion and intense technique. 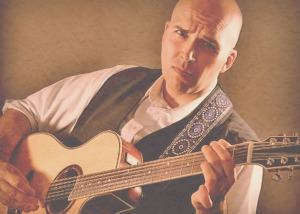 Scott Collins earned a Bachelors of Music degree in Music Composition from Berklee College of Music and a Master of Fine Arts degree in Multi-Focus Guitar Performance from California Institute of the Arts.   Scott is the author of the pedagogical/reference guitar series, The GuitArchitect’s Guide To: and several ebook titles about the music business.

His playing is inspired by a wide range of global influences and he specializes in real-time visual scoring. In addition to his video game and other recording credits, Scott has extensive performance experience with tours both inside and outside the U.S. and held workshops at the Centro Nacional de las Artes in Mexicali, Mexico and the Edificio de Artes Visuales – Escuela Superior de Artes de Yucatán in Mérida, Mexico. 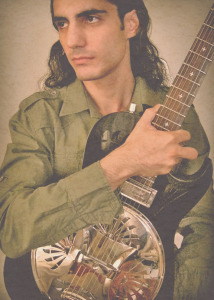 Farzad Golpayegani was born in Tehran, Iran. The son of the late painter and graphic designer Behzad Golpayegani, Farzad works in both the fields of Music and Visual Arts. He studied at the high school of Art in Iran and graduated with a major in Graphic Design but he owes his passion for music to his older brother.

Farzad mixes Eastern, Persian and classical music to create a progressive feel for his unique musical style. Farzad composed, played all the 7-string, acoustic guitar, bass and violin parts, programmed the percussion, drums and keyboards, recorded, mixed and mastered the all of the tracks for each of his six record discography and designed the album covers. In addition to his own musical projects, Farzad also composes music for advertisements, video games, animations and short movies.  As a visual artist, his work has been shown in both Iran and the United States. 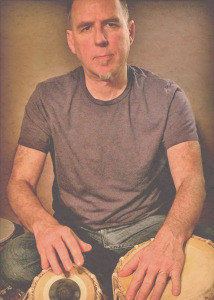 Dino Mirabito first got interested in music in grade school after hearing Prokofiev’s Peter and the Wolf. He started playing drums at age 11, began playing out with blues bands at age 14 and played drums in cover bands playing all kinds of music; rock and roll, blues, country, jazz, etc. for the next 25ish years. Dean began listening to Hindustani Classical music in high school; Ali Akbar Khan, Ravi Shankar and developed an interest in learning Tabla. He started playing tabla in 1991 and began lessons in 1992 with sitarist Roop Verma in Oneonta, NY. He began serious tabla study in 1993 with Guruji, Dr. Narendra Verma in Montreal, Canada when he followed Dr. Verma to Toronto Canada and continued studies with him for 18 years learning in the Punjab Garana of tabla playing.
.
Dean has performed and recorded with Dr. Robert Nasta (his original compositions) from the mid 1990’s to the present. All other instruments Dean plays he’s self taught on: drums, saxophones, clarinet, harmonica, guitar etc. etc. He had a very short stint playing saxophone professionally in the Syracuse area during the 1980’s with a rock-a-billy band called The Velcros, went absolutely broke and returned to the work-a-day world.
.
His greatest musical influences: Beatles, Ornette Coleman, John Coltrane, Sonny Boy Williamson, Elvin Jones, Arnold Shoenberg, Edgard Varese, Nusrat Fateh Ali Khan, Pandit Chatur Lal and Ustad Zakir Hussain, and here he is with KoriSoron.